A Crane Fly clings high on the wall in the great room at an angle from the garden window watching her babies circle and grow on the other side of the pane. She may have come in looking for food for them but now her strength is reserved for watching.

In The Valley of The Shadow

One fist under the pillow, the other clutching the sheet above her head, Elle was not a member of the impartial mothers’ club as she clearly preferred the micro-massage of her Terrier Chihuahua’s paws along her back to the forced intimacy of the 60-lb Vizslador. She sighed knowing that working remotely as a member of the faculty and being a single mother to a preschooler within spitting distance of retirement barely qualified as first-world problems. To her mind, they were problems nonetheless. Yet even the passing Christian that she was knew enough to be grateful for another day above ground, global pandemic notwithstanding.

Casting caution and fur babies to the wind, she swung her legs over the side of the bed and made a mental note to unlock the gate for pest control. Breakfast would be a no-brainer. She’d made her first cheesecake in the Instant Pot the night before and given The Boss’s sugar addiction, would have no problem selling the idea. The day was already showing promise. The Boss was still asleep. She had time to nuke some turkey bacon but remembered she’d made the last batch two days earlier. She’d add it to her digital shopping cart. Opening the door, she heard something in the gravel but saw no commercial truck in the driveway. Do I go in and wake a sleeping child or do I continue toward the noise? With a look over her shoulder, she took a deep breath and closed the door.

Was it the relationship or clamoring masses that drove you to the wilderness and mountaintop to pray? I suspect it was either your hard-wiring or both. My urgency is cloaked in the distractions of ubiquitous clutter, a pre-schooler’s needs, and snarling dogs competing for my attention. To read a single chapter of the Bible I have to ignore the scratching at my bedroom door, endure the idiot bells in children’s media, and make do with room temperature coffee as no more than two consecutive sips are ever enjoyed without interruption. Even then, it is only by your grace that I notice the goings on outside my window.

no more than three inches tall

in the mesquite tree

False starts and fitful endings are par for the course in any writing life. And that’s precisely the point of this post, to remind you, me, and the four walls that writing is a marathon, not a sprint and one’s writing must be reconciled to the arc of a lifetime a single moment at a time whether it be haiku, flash fiction, or Millennial Rex.

So, Nanowrimo, take that! It’s off to the races once more and again I intend to hang on for the ride. 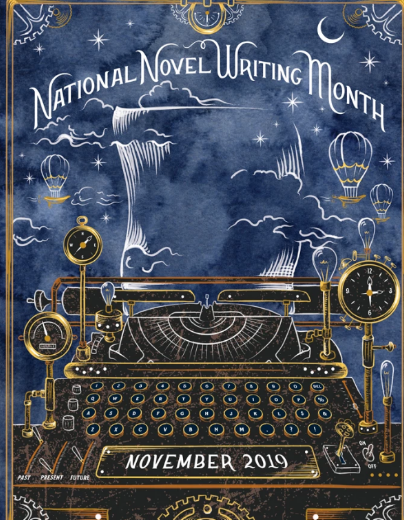 It was early in my second tour of graduate school. I’d applied and been accepted because as a dear friend suggested, when life gets complicated, don’t simplify. At the time it made a kind of sense since everything in the recent past had officially fallen apart and where else does one go when you can’t go home if not to school. Money had been in short supply and this particular month I had enough money to either pay for the low-budget hotel room or eat during the weekend-long class. I’d borrowed enough money to purchase the air shuttle ticket so I could attend class if nothing else.

At the time I was a member of a faith community that fasted every Wednesday and so I thought two days without food back to back wouldn’t be a stretch. A classmate had offered to pick me up at the airport and drop me to the hotel each month and the hotel was within walking distance of campus so I didn’t need cab fare. The only trouble was that this time, since I would be paying for the hotel in cash, a deposit was required and that meant I wouldn’t have enough money for the second night. As I considered the limited options, tears threatened. Seeing the sense of defeat spread from my face to my shoulders, the desk attendant suggested that perhaps I knew someone who could use their credit card for the security deposit. I responded that my parents were out of the country and that my sister with a credit card was traveling for an interview. But I would try.

I paid for the night, leaving the cash deposit, and took the elevator up to my room. As it was early afternoon, the curtains were drawn against the afternoon sun. Opening the door, a shaft of light divided the room. The effect was startling and it must’ve jogged something in my cell memory because I felt a kind of electricity run the length of my spine and I straightened the way, ’round the way’ girls do as they take of their hoops, spoiling for a fight.

Into the darkness I spoke with authority over my situation, Satan picked the wrong Saint. And to this day, I remember hearing what sounded like a wounded dog retreat along the balcony. Tears swallowed, I wheeled my carry-on to the closet, turned on the light over the vanity, and looked through my wallet once again. This time, a gift card for Marie Callendar’s revealed itself. It had been given to me as a housewarming gift the month prior when I’d sent out a few invitations that included BYOC – the C standing for chair. Jehovah Jireh had made a way for me to rent a condominium I couldn’t qualify for and in which I’d spent the first week sleeping on the floor. But that’s another testimony. As far as this one is concerned, let’s just say Marie Callendar’s was the one restaurant on property, and I graduated, on schedule, despite countless other attacks of the enemy.

And I heard a loud voice in heaven, saying, “Now the salvation and the power and the kingdom of our God and the authority of his Christ have come, for the accuser of our brothers has been thrown down, who accuses them day and night before our God. And they have conquered him by the blood of the Lamb and by the word of their testimony, for they loved not their lives even unto death…”

This analysis opens so many doors we cannot run through at once! How comes “the journey” to be an organizing tool? How long philosopher’s have been burrowing yet harvesting little truth from their centuries of conversation! And yet we, like ideas through the art of writing, are somehow distilled, as we make the journey from signifying to sanctifying.

Though blaming dead white guys is trending and, it should be noted that many of them have earned it, this is not an attempt to jump on that bandwagon. It is merely my attempt to connect the dots of a circuitous life in linear fashion in an effort to explain the inexplicable and feel better about myself at the expense of someone who cannot defend himself. And mind you, I am fully aware that there is plenty of blame to go around. In fact, the English teacher who introduced me to short stories including that penned by the offending and titular O’Henry, and the boarding school where I attended and he taught have their share in this all too familiar tale of woe and should by rights pay their share of restitution and apology. Onward.

Life is full of suffering, sorrow and missed opportunity. Take for instance the serial comma missing after the word sorrow in the preceding sentence. I left it out intentionally. I feel commas before conjunctions are superfluous and the language, at least punctuation, too fluid for my tastes and those who inserted it after I left school are too idle for their own good or ours. But a further example from my “one wild and precious life“, Mary Oliver, would be the fact that just when I am on the precipice of accepting the toddler in my foster care “for better or worse, till death do us part”, I am quite cognizant that the remote (and therefore likely) possibility exists that at next month’s hearing, two weeks shy of a year of white nights and dark days, (actually, by comparison, I won the lottery, she was easy lifting except for her exceptional size) she could be remanded to the custody of one or the other of her parents.

How do I know this? For starters, and knowing is entirely separate and apart from the chorus sung during ten weeks’ foster licensing class of don’t count your chickens before they hatch – aka don’t delude yourself into thinking the first child you foster will be the one you adopt. I recall distinctly that just before they (not my daughter’s parents) broke up, I had a dream in which I found my former boyfriend’s then-current girlfriend beautiful. She had been introduced to me as a model at which time I had sneered and given her the disapproving once-over internally. In any case, he reached me in the final month of grad school with the news, came to drive me and my cats back across the country and we were married shortly thereafter despite the evidence, near-literal writing on the wall, that surfaced during a meditation class I took as the wedding date approached in which I, in my windswept, seaside bungalow stood barefoot, wearing salmon capris and a coral colored tee-shirt, tying a bowtie on my fiancé who was wearing a tuxedo. Hint: I was preparing him for a wedding – not joining him at ours. 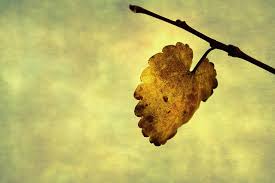 Altruism, though a field of interest, is not my hobby. It is the result of my religious and academic conditioning, and perhaps one way to explain teaching at community colleges for more than two decades. Enter, O’Henry.

I submit to you that, were it not for that impassioned reading of the tragic tale of self-sacrifice I was subjected to at the susceptible age of a seventh or eighth-grader – so far away from home at boarding school, I too, would have been free to ignore the overwhelming need of the 400,000 children in care nationwide (30,00 in Nevada alone) to become the long-lived artist curmudgeon I was destined by genetic predisposition and sensitive introvert‘s temperament to become. I mean ten years ago when I was volunteering as a cuddler at the UMC NICU fostering to adopt might have made sense. In fact, in hindsight, it still seems like it was a good idea for someone just leaning in to middle age. But now?